One Fifth Avenue by Candace Bushnell to be made into a tv series? 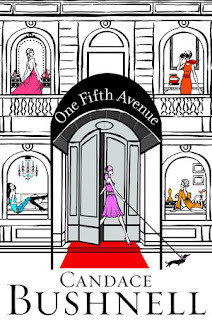 Have you read the novel 'One Fifth Avenue' by Candace Bushenll? Well if not don't panic because you will soon be seeing the story unfold on your tv screens. The novel follows Cassie Bingham, who after her husbands decides he does not want to be with her anymore, moves back to her old apartment to reasses her life.

According to The Hollywood Reporter 'One Fifth Avenue' will be made into a tv series after being snapped up by the network ABC. It has also been reported that Josh Safran, who executive produces Gossip Girl will be on board to pen the seies along with Grey's Anatmony Producer Mark Gordon.

This is all exciting news, but the project is still very young so don't be expecting to see 'One Fifth Avenue' on your screens for a while yet. Of course the big question on everyones lips will be who will star in the series.

Let me know what you think and if you are looking forward to this project. This could just be all our answers to a replacement for Sex And The City.