Helen Smith - Alison Wonderland
When Was It Released?: 16th August 2011
Where Did I Get It From?: Little Bird Publicity, who represent Helen Smith, were kind enough to send a copy for review
Who Published It?:    Amazon Encore
Number Of Pages:  176 pages 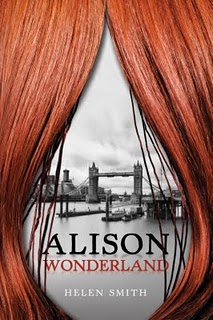 As soon as I heard about Alison Wonderland, I knew that I had to read it. Any novel with a name even remotely similar to Alison Wonderland, my all time favorite movie (the 1950’s version that is), has me curious. While Alison Wonderland has nothing to do with the book it sounds so similar too, I was still intrigued after reading more about it. I had read many mixed reviews of this novel before picking it up, therefore I was eager to form my own opinion on the novel.

Alison Temple, is now single and alone after her husband leaves her for another women. Unsure of what to do next she impulsively applies for a job at a detective agency that managed to trap her husband, hoping that it will provide a fresh start. Alison spends her days tracking lost objects and her nights following unfaithful husbands. Alison has many interesting characters in her life including her boss Mrs Fitzgerald, her eccentric best friend, Taron, her love struck neighbour Jeff and even a psychic postman. Her relationship with each of them grows when she joins Taron on a road trip to the sea and stumbles upon sinister goings on she did not see coming.

I have to admit that I am a little mixed with my feelings about Alison Wonderland. At times throughout the book I found myself loving it, and then at times I really had a hard time getting into it. I did find the style of Alison Wonderland to be quintessential and quirky, almost a little reminiscent of Alice In Wonderland. While there are no rabbit holes to fall down nor any Mad Hatter’s, Alison Wonderland still has that magical element of almost falling into another world that is so different from reality. With a shig, cross between a sheep and a pig, monks in an underground tunnel and lots of detective work going on I felt as though at moments as though I was reading a magical land that doesn’t exist. Helen Smith, however manages to combine this style with reality, firmly set in England with normal goings on as well as the obscure. I loved the British colloquiums, humour and style within the novel. Being British living in America I enjoy seeing these elements brought through in a novel. The mentions of Marks and Spencer’s, particularly had me feeling a little nostalgic. I also enjoyed the way in which Helen Smith’s style is laid back and conversational making this an easy read, which flowed well. All of the characters within the novel are quirky and unique making them fun to read about, especially Jeff, Alison’s neighbour who sends her love poems. I enjoyed reading about their oddities and the strange and disconnected relationship that they seem to have with each other, was very entertaining. I found that with Helen Smith’s characterization and quirky wit, I was laughing out loud at many points during the novel. 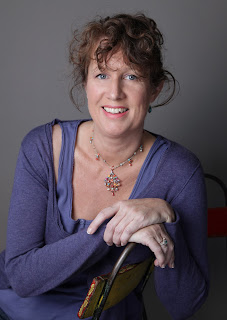 Unfortunately, I did fall head over heels in love with Alison Wonderland. I find the novel very slow to get started, even with the great line of, “'I'm waiting for Mr Wonderland and when I find him I'll get married. Until then I'm staying single”, I still find that it was a little confusing in the beginning figuring out where this novel was headed. I found it very difficult to get enthralled in the story until a few chapters in, when I was able to delve into the characters more. Some readers may also be offended by some of language and scenes that happen in the book. There is a moment of animal cruelty, which although only mentioned for a couple of sentences, I found a little disturbing. Along with a scene where a man and an animal get a little too friendly. I felt that a couple of these moments could have been toned down, or perhaps taken out of the novel all together. I also found the careless drug use, and quest for a baby within the novel lead me to like Alison a little less than if she had not been as rough around the edges. I was also a little disappointed that there appeared to be a lot going on within the novel, however no real climax was reached. I would have liked to see the novel reach and pinnacle and then reach a conclusion.

Overall, I found Alison Wonderland to be a light yet still thought provoking, fun read. This is a quick read, therefore something you can easily pick up and put back down again, without losing the flow of the story. While I was not blown away with this novel and did have a few issues with it, I still found it to be an enjoyable read and would most probably read more from Helen Smith in the future. I would defiantly recommend picking up a copy of Alison Wonderland if you are after something a little different from your read.