Dancing Her Dreams Away: A Review

Alretha Thomas - Dancing Her Dreams Away

When Was It Released?: 30th March 2011
Where Did I Get It From?: I won this from Chick Lit Club.
Who Published It?: Diverse Arts Collective

I finally received Dancing Her Dreams Away by Alretha Thomas after I won it from one of my favourite website's Chick Lit Club. Alretha Thomas is an emerging author residing in California who’s previous novel Daughter Denied was a great success. While I have never read any of Alretha Thomas’s previous work I thought this book sounded intriguing. While not being you’re typical chick lit book, it had remnants of being an interesting and diverse novel with remnants of a chick lit book. When Dancing Her Dreams Away arrived I was excited to get started and let me tell you it did not disappoint.

Sheila King is an aspiring actress who wants to 'be someone' but with the auditions surmounting to nothing and eviction in the not too near future she needs things to start looking up. Sheila thinks that she may have found her big break when movie producer Greg Livingston offers her the lead role in his new movie. Only one problem she has to go topless, and Sheila just is not comfortable with that. Sheila soon becomes enthralled into Greg's world and the movie, however it may just be that neither are is all that they initially seem to be.

Alretha Thomas does an excellent job of weaving a plot that is filled with excitement and mystery. From start to finish you will want to know exactly why Greg’s character seems so shady and you will wonder exactly what happened in Sheila’s past to make her want to “be someone” just so badly as well as many other questions along the way. Even though the character of Sheila King may annoy you at times with her naivety and the decisions throughout the novel she makes, Ms Thomas narration and style will have you rooting for Sheila throughout.

Ms Thoma’s narrations throws lots of twists and turns into the plot, keeping you on your toes. There are times where you will believe you have the ending figured out, then new information will be thrown in and you will be scrambling to try and figure it out all over again . I loved the way Ms Thomas keeps you on your toes throughout the entire novel, meaning you will never get bored.

The descriptions of the acting business and castings, definatly go a long way to enhancing the novel, showing that Hollywood may not be as glam as many people peceive it to be. The steamy romance also ensures that the plot is heated up.

Dancing Her Dreams Away is fast pased, leaving you with a put that you are unable to put down from start to finish. 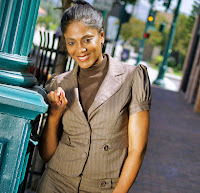 You may think that this is not a book for you after reading the blurb and viewing the cover. Trust me, however the saying 'don't judge a book' by it's cover is really true with this one.