Confessions Of A Call Center Gal: A Review

When Was It Released?: 25th February 2011 (Kindle Edition) 2nd May 2011 (Paperback)
Where Did I Get It From?: Lisa Lim, the author, kindly sent this to me in exchange for an honest review
Who Published It?: Giffin Press

Confessions of a Call Center Gal was recommended to me by a friend and as soon as I heard the title it reminded me of two things. The first made me think about all the jobs I have had, which I hated and would love to be able to write a book about. And the second? Well unless you are British I doubt you will understand why I had this second thought but I thought of the TV show Confessions of a Call Girl with Billie Piper. Probably because the titles are so similar but also because they are both an hilarious look at industries we don’t get to see much of. Well Lisa Lim lets us delve right into the life of this Call Center Gal.

Maddy has just graduated from college, with a journalism degree and is ready to begin her career in print media. There’s just one problem Maddy seems to have no luck finding a job she wants. With unemployment being so high and the economy in such a state, Maddy has only two options left - working as a service rep at a call center in Pocatello, Idaho or staying unemployed. Maddy chooses the first option and is plunged into the wild and dysfunctional world of customer service at the Lightning Speed call center in ‘Spudsville.’ At the call center she must deal with obnoxious callers who abuse her all day long and an evil boss who won’t get off her case. Maddy manages to find a way to survive and that comes in her smouldering gorgeous co-worker Mika, who Maddy has an enormous crush on. Along with a close group of hilarious friends and a lot of patience. Don’t hang up on this novel, as Maddy learns about herself and just why everyone looks down on call center workers. 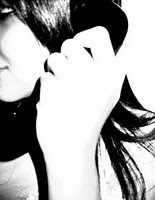 I loved the character of Maddy and found her so relatable. In fact Maddy reminded me of one of my closest friends, with her witty sense of humour, and unique dialogue. She is someone who I would be friends with very easily, and defiantly a lot of fun to be around. I found myself laughing out loud as well as cringing along with her throughout the novel. I also really liked Maddy’s unique quirky look at the situations she was placed in, finding that she sounded the age she should without coming across as immature. The way Lisa Lim brought in her own voice and views on call center’s and the way staff are treated by customers to be very refreshing and with her humour added in very entertaining. Even if you have never worked in a call center, you will be able to relate to the way Maddy is feeling. I have worked in hotels and restaurants and found many of the situations to ring true with these professions as well. Anyone who has ever worked in customer service will find something that can agree with from a personal standpoint. There are so many hilarious scenes in the novel which will literally have you laughing out loud, one of my favourites being the ‘how to speak Chinese’. Maddy’s group of friends in the novel are ones who I wish I could be friends with, everyone needs a friends like Troung, Kars, Ingeborg and Mika.

Even though this novel is hilarious, there are times in the novel where humour is used that some readers may find a little offensive. I personally didn’t find any of the novel offensive, seeing the humour for what it is and that no harm is meant. If you are sensitive to toilet, racial or religious humour then you may want to take caution with reader this novel, as a lot of this type of humour is thrown in. Lisa does state though that if you are offended by shows like ‘Chelsea Lately’ then you may not like the novel. In some places of the novel I did find that some of these types of humour could be toned down, especially the toilet humour, but so long as you take it with a pinch of salt you were laugh at almost all of this novel. The only other issue I had with the novel was the use of slang that Lisa sometimes used which made her characters appear younger than they actually were. If you are fresh out of college then this type of slang is perhaps relatable, if you are any older than that, you probably won’t enjoy it. I felt as though at type it made Maddy seem as though she was younger than she was.

What did I think of the novel overall? Well I have to say I really enjoyed it. Confessions Of A Call Center Gal, reads like a season of the Office (the British Office with Ricky Gervais, which I find a lot funnier than the American version) with a dash of chick lit thrown in. I could really see this novel being made into a sitcom on NBC, it would fit right in and I would be tuning in every week to watch. The characters are all hilarious while still being relatable, the storyline honest and Lisa Lim’s writing style witty. I was recommended this novel by a friend and have now been letting all my friends, who love chick lit and comedy, know about this novel. If you want to read something a little different from your typical chick lit novel then this is the novel for you. In Lisa Lim’s own words ‘don’t hang up on this novel.

Lisa Lim will be stopping by to talk about Confessions Of A Call Center Gal tommorow
Posted by Georgina at 9:30 PM