Always Something There To Remind Me: A Review

Beth Harbison - Always Something There To Remind Me

When Was It Released?: July 19th 2011
Where Did I Get It From?: The Library
Who Published It? St Martins Press

Do you remember your first love? To be honest, doesn't everyone? I know I sure do. I won't bore you with that story but lets just say its something I won't forget and I doubt you will either. Whether you want to or not well thats a totally different story. And first loves is one of the main focuses in Beth Harbison's new novel 'Always Something There To Remind Me."  Im sure anyone reading this post will know who Beth Harbison is, but just incase you haven't heard of her; she is a chick lit author from New York who's previous novels include Thin Rich and Pretty and Shoe Addicts Anonymous.

Erin Edwards, an event planner, is involved with Rick, her current boyfriend, who she has been with for a year. Rick is successfull, kind and raising a daughter all on his own. So when Rick proposes Erin should be ectastic, right? So why at that moment is the first thing that comes into Erin's head the name; Nate Lawson? 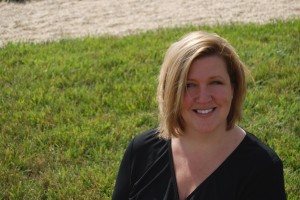 Nate Lawson was Erin's high school boyfriend. Except he was more than that, way more than that. Erin was convinced she had found the love of her life in Nate. She think he would be the man she would marry, have children with and that they would grow old together.  Theres just one problem; one night Erin makes a mistake that Nate just won't forgive and Erin is left alone to mourn for what she believes is her perfect man. Ever since Rick proposed all Erin can think about is Nate and what if things had worked out differently?  She comes to the relalization that she has to find Nate and figure out exactly what she wants from her life.

Still not thinking about your first love? Well trust me if you aren't now you will be after reading this novel and you might just end up asking some of the same questions along with Erin. 'Something There To Remind Me' definatly left me feeling nostalgic. This story will resonate with any woman who has ever thought of a past boyfriend and even just wondered about where he is and what he may be doing. And if you haven't, well don't be put off because you will feel along with Erin. From the first page I was drawn into Erin's life and emotions. I also love the cover of this book, even though it is fairly simple it draws you in and makes you want to know exactly what the novel is about and to delve straight into the pages. 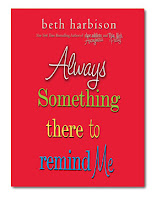 After reading so far you may be thinking that this is the perfect novel. Well if I'm honest, there are a couple of things I didn't like so much about the novel. The first being that after almost two decades of being apart from Nate, now is the time that she all of a sudden begins to think about him in an almost obsessive manner. I feel that it would have been more realistic if these feelings had built up, or always been present, rather than just all of a sudden coming on really strong. I also didn't like the way about half way through the novel Erin ends up seeing Nate again and the first thing they do is end up falling into bed together. After 20 years and all the anger that Nate supposedly had for her. As well as both of them being in relationships at the time, it just does not seem relistic that this would happen. Erin also does not seem to feel much guilt about cheating on her boyfriend Rick, and there is little development of their relationship in the novel. Beth also writes some rather explict sex scenes between her characters, so if this in any way offends you then you may not enjoy this novel.

I really loved this novel to begin with, enjoying the flashbacks between present day life and her teenage years with Nate, however after a while I felt as though the story was not really going anywhere. Overall, I did enjoy the novel, with Beth taking an emotional look at the agony of first love, without losing any of her tradement humour and chick lit style. I found the novel to be touching and truthful however it is my least favourite of Beth Harbison's books so far. Even so, the novel is still worth a read.