'The Carrie Diaries' To Be Made Into A TV Show? 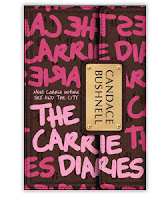 Do you remember the novel 'The Carrie Diaries' by Candace Bushnell? Well if not it's basically the coming of age story of a younger Carrie before 'Sex and the City'. Not only is it definatly worth a read, but now there are rumours that 'The Carrie Diaries' could be made into a TV series with the CW, which has shows such as Gossip Girl and 90210 as the leading network to make this happen. If like me you have been missing Sex and the City and still haven't found a show to replace it, then start getting excited.

According to Deadline there are currently talks in place with the network CW which places them as the front runner to take and produce 'The Carrie Diaries' into a TV series. There are currently no deals in place but rumour has it that producers of Gossip Girl, Josh Schwartz and Stephanie Savage are being courted to take on the project. It is also likely that the former Sex and the City writer/producer, Amy Harris would be the one to pen this series. 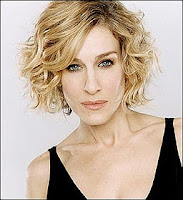 CW are currently in talks as they are a network, with a younger audience than the current owners of the Sex and the City franchise HBO  which includes 'The Carrie Diaries'. HBO have said in a statement, "Discussions are underway for the Carrie Diaries, Candace Bushnell's book about Carrie Bradshaw's  high school years, to find a home as a potential television series."

A representative for Sarah Jessica Parker has said that for now she is in no way associated with 'The Carrie Diaries. Michael Patrick King, Sex and the City's showrunner has also come out with this statment, "I’m not working on any Sex and the City prequel at all. I haven't read Candace’s Bushnell's books. ... My Carrie Bradshaw started at 33 and I took her to 43 -- I don’t even want to know who Carrie Bradshaw’s parents are ... the idea of going backward, making her less evolved, is something that I can’t even imagine doing." 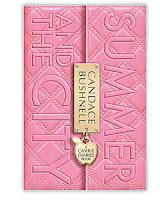 This is all still rumours at the moment, but it looks likely that 'The Carrie Diaries' will be made into a TV series in the coming future.I would definatly be tuning in if this were to happen.  Are you excited to have Carrie Bradshaw back on your screens? And most importantly who would you cast in the TV  show? Let me know your thoughts about 'The Carrie Diaries'?