Fly Away Home: A Review

When Was It Released?:July 2010
Where Did I Get It From?: The Library
Who Published It?: Atria Books

Jennifer Weiner creates her magic again, with Fly Away Home, another chick lit novel you just want to dive straight into. Fly Away home is poignant without sending you into a downward spiral of depression and blends Jennifer's wit with her sensitivity to create a timeless novel.

Fly Away home centre's around the story of Sylvie a politician's wife involved in a scandal and her two daughter's; Diana and Lizzie. What's the scandal Sylvie's involved in? Well her husband, Richard,  has been caught by the press having an extramarital affair with a lawyer young enough to be his daughter. Sylvie is devastated, after all she thought that her marriage was pretty perfect. Sylvie had reinvented herself since meeting Richard, in order to be the ideal politician's wife. Her main jobs being that she stays twenty pounds less than she was in her twenties, has a wardrobe full of tailored suits and she tends to her husbands every need. After the shock of the affair will Sylvie stand by her husband or will she choose a different path? After all there are Sylvie's two daughters; Lizzie and Diana, to think about. The scandal has affected both of them in different ways. Lizzie, is a recovering addict trying desperatly to keep her life under control. Will the scandal send her spiralling back down the path to drugs? Diana appears to have everything that Lizzie does'nt. As an ER nurse, with a husband and son (in that order) she seems to have everything she ever wanted. Except her marriage is a loveless one and she's looking for more. Could that more come in the form of an intern doctor? The scandal forces all three women to re-evaluate their lives and discover what they all really want. 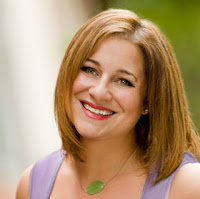 Fly Away home is told from the viewpoint of all three women, meaning that we get to really learn about how they are all affected differently. I do not usually enjoy novels where the narration is told from many different viewpoints as this can sometimes become confusing. I thought, however that in Fly Away having the three different narrations was a welcome change and we learnt more about Lizzie, Diana and Sylvie than we would have done otherwise. I also enjoyed the way that Jennifer threw in many enticing and detailed descriptions of food and scenery. I love the way she described meals which instantly made me hungry and want to eat exactly what the characters were. The sense of humour of Selma, Sylvie's mother, was a welcome relief in the otherwise sombre mood of the novel, which I felt was much needed.

I do feel that Jennifer could have expanded on the characters of Sylvie, Diana and Lizzie more, so as to make us really care about them and what happens to them more. The novel also fell a little flat in some parts, redeeming itself towards the end of the novel where all the characters are reunited together. I really did not enjoy the way that Sylvie had not spoken to her husband, Richard, for most of the novel but then at the end suddenly begins talking to him again, and is able to move on. I felt that Sylvie changed her mind too quickly without any real deliberation.

Fly Away Home has an ending which is left pretty open, perhaps leaving options for Jennifer to write a sequel in the future. Even though this is not one of Jennifer's best novels, overall I still enjoyed reading this book. In the time of politicians, sports people and other celebrities wives being thrown into similar situations, this is a very current yet still timeless novel, that women of all ages will enjoy and be able to relate to. With Jennifer Weiner you can't really go wrong, after all she always manges to create chick lit masterpieces and though this novel may not be up to her usual standard its still a book worth reading.

Stay tuned for a review of Jennifer Weiner's most recent novel With You in the very near future.
Posted by Georgina at 7:10 PM