Bad Sisters, is a novel that as soon as I first heard about it. I knew I wanted to read. Just from the cover I could tell that it would be another of Rebecca Chance’s fun, glamorous novels. After reading and loving her two previous novels, Divas and Bad Sisters, I now see Rebecca Chance as a younger fresher version of Jackie Collins, looking into the celebrity world in England. 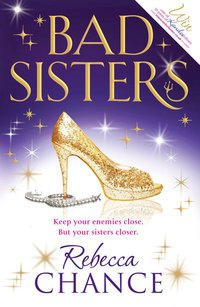 Three sisters have a deadly secret that they must keep hidden at all costs. First there is Deeley who is the fake girlfriend of a Hollywood star, who is trying to hide that he is gay. Problem is his cut throat publicist wants to trade up Deeley for someone younger, prettier and more talented. Dejected and with very little money left Deeley heads home, to London, where her two other sisters are living. Deeley hasn’t seen her sisters in years and hopes coming home again she can rebuild the bonds that have been broken. Next there is Devon, who is married to hunky rugby player Matt. She has her own TV cooking show and is able to turn heads wherever she goes. Despite all she has Devon is lonely and when a live cook-off show goes terribly wrong, Devon runs off to Tuscany alone, and learns a few things in and out of the kitchen from a sexy Italian. Last there is fiercly ambitious Maxie, a politicians wife, who will do just about anything to maintain the image she has created including adopting a Rwandan baby she doesn‘t want. When Deeley sells a story about their impoverished past, Maxie is furious, Deeley could reveal much more and the fallout could be devastating. What secrets are the sisters hiding? And most importantly, will they be able to keep it hidden?
Bad Sisters, is told in different narratives by all three sisters, which I enjoyed as I got to know each of the characters individually and exactly how they were feeling about the situations that they were in. Each character is really well written and I found that I wanted to know more and was involved in the lives of all three sisters. Even though all the sisters have such different characters they are still all believable and fun to read about. Maxie was my least favourite sisters, finding her to be very self-involved, and this was Rebecca Chance’s intention. Devon, was someone I enjoyed reading about, sympathizing with her ongoing battle with weight, but I did find her to be very selfish at times. When reading about Devon and her husband Matt I was reminded of the British celebrities Charlotte Church and Gavin Henson. I do not know if this was Rebecca Chance’s intention but I found it hard not to compare Devon and Matt to this now ex-couple. Lastly, I sympathized with Deeely’s situation but did find her to be spoilt at times. As all these characters have faults that I didn’t like and aspects which I did, I think this makes the characters more real and human. I also liked the way in which Rebecca opened the book by telling us the sisters secret. I enjoyed this as it showed us exactly why each sister behaves as they do and it made me really route for the sisters. I liked the way in which each sister is shown to take an emotional and psychological journey as the story progresses. 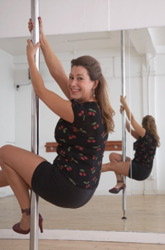 Bad Sisters, is set in London but also has some chapters which are set it Tuscany Italy and Jersey. I enjoyed that Rebecca was able to successfully change from each location as each place the novel is set is described in great detail. This made me feel as if at times I could have been in one of these destinations. The scandals also played out well within the novel, which is laced with secrets, making me want to keep turning the page to find out exactly what was going to happen.

If there was anything that I would change about the novel it would be to learn more about the character of Maxie. Maxie has the least narrative within the novel, particularly towards the end, we do not get to witness how she is feeling and what she is experiencing. Perhaps a few more narratives from Maxie’s perspective would have led to us understanding her character a little more. There are also a few very steamy sex scenes within the novel, which some readers may not enjoy. I felt that these sex scenes were a part of the story and was in no way offended by them. If you do not enjoy the use of steamy sex scenes within a novel, then it may be best to stay away from this book. Other readers may also be shocked by some of the things that the character of Maxie is portrayed doing. I think that these situations made Maxie as a character and showed us a darker side of what happens in politics for publicity. I actually liked the way in which she showed that people will do bad things in reality.

I would defiantly recommend this book for anyone wanting some escapism into a rich and celebrity filled world. It would make a great sexy beach read that you could easily bed devoured in one sitting or a novel that you could take your time over. Bad Sisters is filled with seduction, suspense, rivalry and intrigue which means there is never a dull moment. Throw in the glamour and glitz that Rebecca Chance is so well known for and you have a fabulous read.