When Was It Released?:  8th November 2011
Where Did I Get It From?: Won from Goodreads
Who Published It?: Roaring Book Press
Number Of Pages: 368 pages

After reading Birthmarked I could not wait to pick up the second novel in the series; Prized. I was a little apprehensive, after loving Birthmarked so much, that Prized would not live up to my expectations. I find that often a second novel in a series is never as good as the first. Prized, however lived up to and may even, in my opinion have surpassed my love of Birthmarked. If you have not read Birthmarked, you may not want to read this review, as it may contain spoilers.

Gaia has managed to escape into the wasteland, after leaving The Enclave, and is left to try to care for her baby sister and look for a place that may only be a rumour. Gaia is captured and taken to Sylum, a society where women rule, men are drastically outnumbered and kissing is a crime. Gaia must conform to the strict rules of Sylum in order to see her sister but Gaia cannot deny her sense of justice and curiosity with the society. 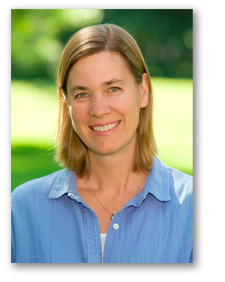 Prized was a complete rollercoaster, that took off quickly from the place that Birthmarked finished and continued on with twists and turns throughout. After Birthmarked I was interested to see where the story would go and lets say that I loved the direction that the storyline took. I enjoyed the information that was given about The Sylum but I was even more intrigued by the details that are not provided. I had so many questions throughout Prized and now that I have finished reading I have even more questions, leaving me desperate for the upcoming third novel in the series. The thought provoking situations that Caragh O’Brien puts forward within the book were really enjoyable and had me constantly thinking about the society in which Gaia is placed and how I would deal with being in similar situations. I loved the message that is placed within the novel of how societies and situations should be improved with change from within rather than resistance and fighting from the outside.

Gaia’s character really grew between Birthmarked and Prized, with her character being strengthened, her resolve strengthen and her likeability increased. She asks way beyond her years due to the harsh times and ordeals that she has faced and I enjoyed seeing her grow and come of age. I loved the way her intense emotions are portrayed and dealt with throughout. The introduction of new male characters, in particular, Peter, were a refreshing change and added extra romance, depth and entertainment to the plot. I really enjoyed what is essentially a love square and how each character deals with this individually. 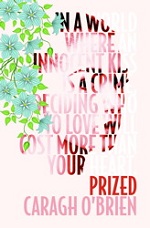 My only one issue with the novel, however was with the love square. Within The Sylum there is a greater proportion of men to women, leaving many males without partners. This therefore obviously increased the interest that all women receive including Gaia. I did find, however that with Gaia having her scar and deformity, that this was perhaps a little unrealistic. There are many other women within The Sylum yet Gaia receives the most attention of anyone in the society.

Overall I loved Prized; it was an enthralling, thought provoking and a magnificent story. This is a stand out dystopian series that anyone should read, no matter what your reading tastes. I was unable to put this book down and became so wrapped up and involved up in the characters that I was feeling everything along with them. I was really swept away by Prized and the Birthmarked series and would go as far as to say that this is one of my favourite series of this year. I am now on the edge of my seat waiting for the third novel in the Birthmarked series, which will be released next year.