When Was It Released?:  21st July 2011
Where Did I Get It From?: Jaime at Hodder & Stoughton was kind enough to send a copy in exchange for a review
Who Published It?: Hodder & Stoughton
Number Of Pages:  303 Pages

Ever wished you could make over your life? Well this is the idea behind Belinda Jones latest novel California Dreamers. I have read many of Belinda Jones’ previous novels and loved that they are able to take me away to the exotic locations. I was excited to be transported to California again to find out exactly what was going to happen in Stella’s life. 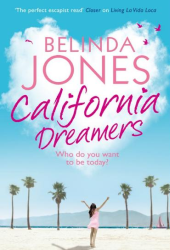 Stella, a make up artist from London loves nothing more than helping other people change their image, but for herself she has no idea where to even begin. When Stella is given the opportunity to join glamorous Hollywood actress Marina Ray to do her make up on the set of her new movie, Stella cant resist the chance. After all California is the land of sunshine and opportunity. It seems Stella and Marina have more in common than they first though, with them both hiding secrets about the navy men in their lives. But are they really friends though, or does Marina have an ulterior motive?

Belinda Jones always manages to transport me to exotic destinations, making me feel as though I could actually be wherever she is describing. This is no exception with California Dreamers, where I truly felt at times as though I could have been in California. Her use of description is fantastic throughout, truly bringing the whole story to life. Within the novel the navy, and in particular relationships within the navy are prominent. Both Belinda and Marina have been involved in relationships with men from the navy. I really enjoyed the way in which this topic was focused upon, it is something that is hardly ever featured within women’s novels. I found this very refreshing and thought it shed a whole new like on a situation I am very unfamiliar with, especially because Belinda Jones herself has had first hand experience of this. 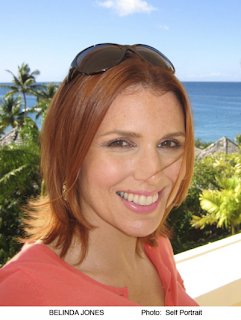 Throughout the first half of the novel the character of Milo is likeable, showing himself to be far away from a typical Hollywood actor, appearing instead to be extremely grounded. In the second half of the novel, however he seems to be glossed over a little, where he place a much less important role. I would have liked to see more of Milo throughout the entire novel. Stella is a good main character, I enjoyed the way the novel is told from her perspective and related to her emotions regarding wanted her life to take a different turn. At times I liked Marina, she has many moments of pure selflessness and then at other times I found her annoying when she took Stella for granted. The star of the novel was Bodie, Marina’s dog was absolutely adorable and really brightened up any slow moments within the novel.

I did find the novel became a little slow at times. The premise of the novel was a good one which could potentially have been great if there was a little more to the storyline. I also would have enjoyed to learn a little more about the two male characters who are in the navy Jonathon and Jeff as I felt as though I did not get to know them well enough to like them. Finding out more about the make up aspect of Stella’s job may also have added another layer to this novel. I felt that even though Stella is a makeup artist there was very little focus on the job.

I did enjoy reading California Dreamers, however I did find that it was not up to Belinda Jones’ usual standard of her past novels. That being said this is still a fun, glitzy read that can be enjoyed on the beach, as a great holiday read or curled up on the sofa with a cup of cocoa. I would still recommend giving California Dreamers a chance especially if you have enjoyed previous novels of Belinda Jones. Here’s looking forward to the next instalment from Belinda Jones.