Looking For Leon by Shirley Benton: A Review

Looking For Leon by Shirley Benton

When Was It Released?:  26th January 2011
Where Did I Get It From?: From the author in exchange for a review. Thankyou Shirley
Who Published It?: Poolbeg
Number Of Pages: 374 pages

Looking For Leon is Shirley Benton's debut novel, which I have been excited about reading ever since I first heard about the novel. After reading a large amount of paranormal and horror novels over Halloween, I was more than ready to delve into a chick lit book and Looking For Leon was the one calling to me the most. The premise of going across the world to find someone you have feelings for really had me intrigued and the first line "There I was on the front page, flashing my knickers" had me instantly hooked.

Andie hadn’t gambled on meeting the love of her life on a holiday in Las Vegas but when she meets Leon, love suddenly seems like a bet she can win. That is, until the wheel of fortune steps in and separates them during a fire drill. With next to no info on Leon, Andie finds it impossible to track him down despite staging a series of publicity stunts to get the media in on the act. Back in Ireland, journalist Andie begins to write a regular newspaper column about her search. Readers . But does Leon want to be found? 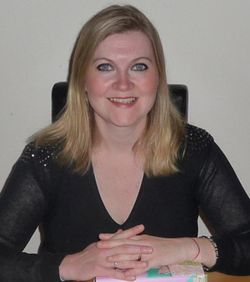 When I first read the synopsis of Looking For Leon I was instantly drawn in and once I started reading the idea of the novel was just as good as I thought it would be. I really love when a chick lit book is able to have some element that is unique and Shirely Benton pulled this off perfectly. After all who of us hasnt daydreamed about running off halfway around the world to find someone we love, even if only hypothetically? I find this to be such a romantic and at the same time fun notion. The pace in the beginning and end are fast and I was completly swept away in the plot. While the middle does slow down a little I still enjoyed it. I liked how as the pace slowed we were able to see Andie's character grow as well as her relationship with another character develop.  My absolute favourite element of Looking For Leon was the humour that Shirley Benton injected into the novel as well as into the character of Andie. I found myself laughing on more than one occasion, which I think left a few of my fellow travellers on the bus wondering if I was perhaps slightly crazy but I was so involved in the novel that I didn't even care.

I fell in love with the character of Andie, even though she is flawed. I found her to be likeable, funny, confident and able to make fun of herself. Her flaws really bring her to life, after all who doesn't have flaws, no matter how well we may keep them hidden? I like my characters to have some roughness to them rather than being seemingly perfect. I also really liked Colm, the camera man, especially his quirky penchant for biscuits and his love of the 70's, which really made him unique. There are lots of minor characters within Looking For Leon whom I also really enjoyed reading about, including Philppe and Isolde. Every character no matter how small a role they played still made an impact on me as a reader.

What I loved most about Looking For Leon though, was the twist and the events that played out towards the end of the novel. While I don't want to give too much away, I will say that I definatly did not see the twist coming. It completly engulfed me with emotions and I could not read the last few pages fast enough in order to find out what happens. Overall, I loved Looking For Leon and would definatly recommend it to anyone who is looking for a fun, exciting chick lit book. I cannot wait to read more from Shirley in the future