YA Friday: Cinder by Marissa Meyer 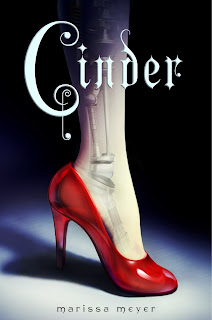 Where Did I Get It From?: From the publishers in exchange for a review. Thankyou!
Who Published It?: Feiwel And Friends
Number Of Pages: 390 pages

Now I have a confession to make to you all, I'm an absolute sucker for fairy tales. I know, I know, I'm a grown women, I'm supposed to have realised by now that fairy tales never come true, right? I just can't help it though, there is just something about getting lost in a story so far away that from reality that really draws me in. So of course when I heard that Marissa Meyer was writing a retelling of Cinderella with cyborgs I just knew that I had to get my hands on this book.

Cinder is one of New Beijing's best mechanics, but much more than that she is also a cyborg. She is viewed as beneath everyone else and detested by her stepmother who blames her for everything that goes wrong. When Cinder encounters the Prince at the market one morning her whole world is thrown upside down and she becomes involved in a intergalatic battle and an inner struggle much larger than she could ever have dreamed.

Sometimes, in fact sadly more often that not, fairy tale retellings end up being a disappointment as too much emphasis is placed on the original story and not enough on making the story stand out on its own. Well Cinder by Marissa Meyer, was definatly not a disappointment, in fact it was such an interesting read that I was completely drawn into the story and unable to put this book down. I love that Marissa Meyer created such a unique retelling of Cinderella, which although predicatable, as we already know the story of Cinderella, had its own twists and turns. The creation of New Beijing where Cinder lives is so creatively brought to life that I was instantly swept away in this futuristic world of disease, cyborgs and Lunars. 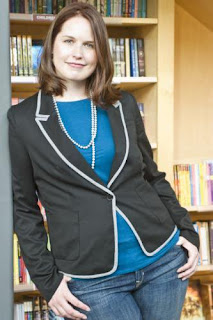 As a heroine, and our very own cyborg Cinderella, I adored Cinder. She is such a strong, smart and totally brave character, who screams independance. She really wants to stand on her own two feet and overcome the obstacles that are placed in front of her. What a role model for any girl reading this novel! All the characters within Cinder stand out in their own right and are multi dimensional with so many different layers, you will constantly be questioning who everyone really is.

Overall, Cinder was an enticing, unique, beautifully written story of disease, heartbreak and evil queens. This is Cinderella on a more gritty level, you definatly won't find any glass slippers or fairy godmothers in this retelling. Cinder is the first novel in the Lunar Chronicles series and I cannot wait to read on with the next book to find out what happens next. I would highly recommened this book to everyone, in fact go out and buy it now, you won't be disappointed.