Christmas At Tiffany's by Karen Swan: A Review

Chistmas At Tiffany's by Karen Swan 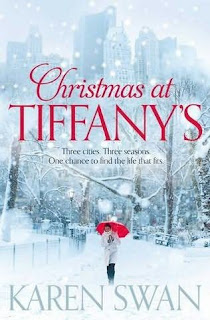 Where Did I Get It From?: From the publishers in exchange for a review. Thankyou!
Who Published It?: Pan Macmillian
Number Of Pages: 400 pages

Once I became aware of Karen Swan's latest novel, Christmas At Tiffany's it automatically became a must-read book. The cover is beautiful and the title really enticed me into wanting to read the book straight away. As soon as Christmas At Tiffany's arrived I curled up on the sofa with a steaming mug of hot chocolate ready to delve into Cassie's journey.

When Cassie married her teenage sweetheart she was far too young. Now ten years later her marriage is left in taters after being betrayed by her husband. With her life up in the air and no idea of who she is anymore Cassie is determined to find happiness again. Cassie begins a year long adventure with her three best friends, taking her from rural Scotland to New York, Paris and London. Cassie tries out each city in her search to track down the life she is supposed to lead and maybe even the man she is supposed to love.

While the idea for the story was nothing unique or original, I have to admit that the idea of Cassie being cheated on then spending the next year exploring exotic locations and finding herself at the same time, really appealed to me. After all, I'm sure many of us would love to be able to start anew with our lives and be able to figure out exactly what we want to do. I really enjoyed reading about Cassie's adventures in New York, Paris and London, which had me instantly wanting to be able to do the same journey myself. My favourite city to read about had to be New York, which is focuses on most throughout the book, Karen Swan's witty humour had me laughing and then the next moment the intensity of Cassie's emotion had me on the verge of tears. 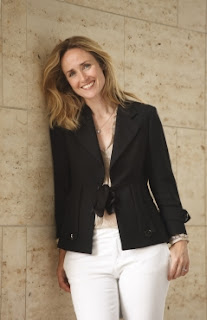 All of the characters are such fun women that I found myself instantly wishing I knew. Kelly and Anouk are such stylish, sophisticated women, who seem to have everything that they could ever want. My favourite of the friends has to be Suzy, whose life is the most realistic of the three women, being happily married with a child on the way. While Cassie was a little naive at times, with her being new to each city, I did find myself feeling compassion for her throughout. I really felt for the way in which her husband has cheated on her and the emotions that she is put through as a result. Even though I loved all three women, my favourite character in the book was Henry, Suzy's brother. He was witty, adventurous and most importantly down to earth in comparison with many of the other characters.

Christmas At Tiffany's has been marketed as a Christmas themed book, while there are a couple of Christmas elements within the story, I found the Christmas aspect to be a little lacking. I do enjoy spending the month of Decemeber reading every Christmas themed chick lit book I can get my hands on, so I have to admit I was a little disappointed. While this was a downside, it does mean that this book can be read at any time of the year. The prose was a little misleading and jumpy, at times I would turn the page expecting the chapter to continue, only to find that it had ended abruptly, without any warning. This left me feeling as though the novel did not flow quite as well as I would have liked.

While the Christmas title is a little misleading, I would still highly reccomend Christmas At Tiffany's. Karen Swan's writing is beautiful and the way in which she delves into female friendships and the depth of these bonds is unparalled in chick lit. While her the descriptive way she brought the destinations of New York, Paris and London to life were so well done I found myself transported to each location instantly. I will be looking out for more from Karen Swan in the future.