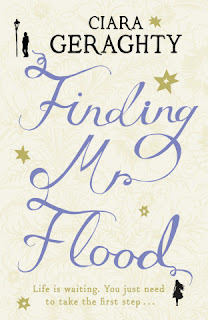 Where Did I Get It From?: From the publishers in exchange for a review. Thankyou!
Who Published It?: Hodder and Stoughton
Number Of Pages: 550 pages

Finding Mr Flood is the third novel from Irish author Ciara Geraghty. After reading and devouring her two previous novels, Saving Grace and and Becoming Scarlett, to say I was excited to read Finding Mr Flood would be understatement. While the book is pretty large at 550 pages, which can sometimes be a little off-putting, I delved into the novel almost as soon as I received it.
Thirteen days before Dara Flood was born, her father walked up the road and never came back. Now in her twenties Dara likes structure in her life with her days and nights meticulously planned out. That is until her sister, Angel, gets sick and Dara's life goes into disaray. Unable to find a compatible match for the kidney Angel needs, Dara sets out on a journey to find her father who could be the last hope they have. Along the way to finding her father, Dara uncovers some suprising truths she never expected to unearth.

The plot of Finding Mr Flood, with Angel's illness, made the novel quite a serious one. I was able to completely emphasise with Mrs Flood and Dara's worry and distress over Angel and whether or not she would be able to find a compatible kidney. Ciara Geraghty's writing really drew me in and I became emotionally involved with these character's lives. I found myself genuinely concerned invested in the search for a kidney for Angel and also in the search for Mr Flood. Serious issues, such as illness and parents disappearing and never returning are not often subject matter in chick lit. I enjoyed this refreshing change from the norm and felt it made the novel more realistic, as not everything in life works out and people fall on hard times every day. I also enjoyed the romance aspects within Finding Mr Flood, which are more prominent later on in the book. I felt it progressed naturally, rather than two people seeing each other and automatically falling in love. While, I don't want to give too much away involving any romance, I will say that I felt the characters made an interesting and adorable couple.

Dara, as a character, was someone I found extremely interesting, as she is so different from the average woman in her twenties. She leads a very responsible and serious life, which makes her seem mature beyond her years. I did enjoy seeing her come out of her shell more as the novel progressed. I also liked Angel, Dara's sister, as a character. While she is suffering from a life threatening illness and does feel the strain from this, throughout most of the novel she is upbeat and trying to see the positive in everything. I found her to be very inspiring as a character, while still retaining the worry that anyone with a serious illness would have. 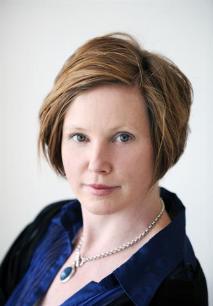 I have to admit, however, that at times I found Finding Mr Flood a little too serious. While I understand that the subject matter of an illness is a serious one, I would have liked to have seen a little humour thrown into the mix in order to stop the story becoming too sombre. Along with this, I did find that with the book being 550 pages long, the plot was a little slow. While, I enjoy getting to know characters and situations in details, there were a couple of moments that I wanted something to happen in order to move the story onwards a little more.

Finding Mr Flood is an interesting, beautifully written story, that I would definatly reccomend to anyone who enjoys their chick lit with a little something extra. While it does not compare to Ciara Geraghty's two previous novels, which had set my standards very high, I did really enjoy reading about the journey Dara and Angel take throughout the story. You won't be forgetting about Finding Mr Flood any time soon.