Build A Man by Talli Roland: A Review

Build A Man by Talli Roland 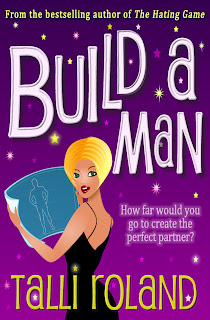 Where Did I Get It From?: From Talli in exchange for a review. Thankyou!
Who Published It?: Self Published
Number Of Pages: 352pages

After reading and falling in love with Watching Willow Watts and The Hating Game by Talli Roland, earlier this year, I was on tenter hooks awaiting the release of her next book. Luckily I did not have to wait long before Build A Man was published in Novemeber. As soon as I recieved my copy, I could not resisit making time especially to get started on reading it. I am still in awe as to how Talli Roland has been able to release three books this year, all at such a high standard of writing, and of all three I have to admit that Build A Man is my new favourite.

Build A Man follows the life of Serenity Holland, an American living in London, working as a receptionist to the rich and self obsessed clients at a plastic surgery clinic. Her real dream, however is to become a journalist, and she puts all her effort into pitching magazines with ideas in the hope of getting her work published. Her luck might just be changing, however, when she meets Jeremey Ritchie at the cosmetic surgery clinic, who is determined to make himself over from head to toe in order to become Britain's Most Eligable Bachelor. Serenity cannot resisit using Jeremey's story as a pitch to one of the top tabloid's, a story the editor just can't refuse. Serenity is determined to make her column a success, by going under cover to get access to every part of Jeremey's life. All goes wrong, however when her editor makes Serenity cover all the gory details of the surgery and Serenity must decide how far she is really willing to go for her dreams to come true. 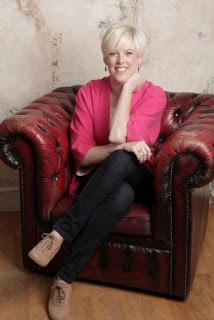 I was enraptured by Build A Man from the very first page and could not put it down until I had finished the last page. The writing flowed so well that even if I had wanted to stop I don't think I would have been able to. The concept, as with all Talli Roland's novels, was so unique and different from the usual chick lit novels. I loved the idea of Build A Man and the quirky little elements that were added along the way. You can always count on Talli to bring a creative twist to her books. I would love to be inside her head for just one day to see how she comes up with all her ideas. I also enjoyed the message and the moral dilema behind the story in Build A Man, with Serenity using her professional position as the cosemtic surgery clinic in order to gain juicy details for her column. Then later on in the story Serenity's conscience coming into play with whether or not she should be doing that or not.

In terms of characters, I love Serenity. While I was reading Build A Man I was constantly wishing Serenity was a real person so that I could become friends with her. She was so fun, with so much life and energy, even when she was in a bad situation she still managed to pull herself out. I found her such a unique, interesting character. Even though she may have made some bad and morally wrong decisions, she still has a conscience and never set out to intentionally hurt anyone. I also liked the character of Jeremey too, enjoying the way in which his character gave a glimpse into male insecurities, which is not often present in chick lit. The way in which he has also been hurt in past relationships, made him seem genuine, if a little guarded.

Overall, I really loved Build A Man. I just did not want this novel to end. It was such a humourous, unique book that I became so personally involved in that at times I forgot the characters weren't real. I am so excited to have found out that Talli is currently writing a sequel to Build A Man, which will explore Serenity and Jeremey's relationship. The sequel, Construct A Couple is set for release next year (just hurry up and write it Talli, I don't think I can wait that long!).