When Was It Released?: 20th September 2011
Where Did I Get It From?: Little Bird Publicity who represent Francine Thomas Howard kindly sent me a copy in exchange for a review
Who Published It?: Amazon Encore
Number Of Pages: 360 Pages

When I first heard about Paris Noire, I was actually quite excited to read the novel. I love novels set in and around WW1 and WW11 and felt as though this novel would be full of history, romance and racial prejudice. What more could I ask for? I had seen a few low rating reviews for this novel and wanted to find out exactly why others were not liking this novel. Therefore with an open mind I began to delve into the pages of Paris Noire. 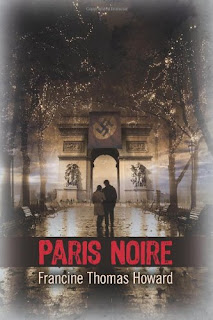 Paris Noire, is set in 1944, at the beginning of the end of WWII and focuses on the story of Marie Therese and her two children Colette and Christophe. The family immigrated to Paris in 1928 from Martinique and faced many prejudices along the way. Once the Nazi’s have departed Paris, there is a great celebration where Christophe ends up embarking on a passionate love affair with the wife of a French freedom fighter. Marie-Therese suspects that this relationship will only end to heartbreak for her son yet Christophe is determined to make his relationship work, after all he is in love. At the same time Colette begins a dalliance with a white Frenchman and Marie-Therese herself finds herself attracted to a handsome black soldier.

I really did enjoy the plot of Paris Noire, with the focus on the romance that unfolds between various characters of different races. I felt the storyline moved quickly, which left me wanting to know hoe the novel would pan out. I found at times it was difficult to put this novel down, especially towards the middle of the novel where the events really pick up speed. I especially enjoyed the way in which Francine Thomas Howard takes on the aspect of a relationship and the prejudice that faces a African American man and a Caucasian French woman in the 1940’s. I felt as though the racial aspects of the novel were dealt with really well and were interesting while still being enjoyable. I also really liked that this novel is set during wartime, even though it is at the very end of the war, as I enjoy reading novels set in the first and second world wars. In terms of the characters I felt that my favourite would have to be Christophe. The way in which Christophe’s emotions are portrayed I really felt along with him and was routing for his relationship to work out throughout the novel. I found him to be relatable with a large amount of depth for someone who had been swept away with a relationship. I found Colette to be interesting, also and would have like to see a little more of her throughout the novel. 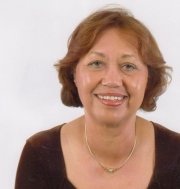 I hated the ending of this novel. I don’t think I have ever hated an ending more than with the ending of Pairs Noire. I don’t want to give too much away but lets just say it involves a mother pushing two people to get married who clearly do not love each other! I thought this was absurd and really ruined the novel for me. This is certainly not how I wanted this novel to end, and I would have really enjoyed the novel a lot more if it were not for this ending. To really enjoy the novel fully I suggest not even reading the last three or four pages. Aside from this, even though the racial aspects of the novel were dealt with well, it really began to grate on me that Marie-Therese had to bring up that she was from Martinique on almost every page. I understand that it is central to the novel but it really did not need to be mentioned quite so many times. I also did not the way in which Marie-Therese did not want there to be racial prejudice towards her yet she constantly says throughout the novel that she does not want her children to become romantically involved with any white people. I found this extremely hypocritical and felt that this could also have been toned down within the novel. I also felt as though Francine Thomas Howard should have done a little more research with this novel, as there many historical errors within the pages.

Paris Noire held so much promise as a novel, however I felt that it did not live up to its true potential. The synopsis and premise of Paris Noire was such an exciting an intriguing one, yet I’m afraid that certain elements of the novel let it down a little. That being said I still did enjoy the novel and would defiantly recommend reading it for yourself. The romantic and racial elements of the novel are fantastic and so enjoyable. I was all set to give this novel four stars, yet I’m afraid the ending of this novel pushed me down to giving it only three.