The Secret of Happy Ever After by Lucy Dillon: A Review

The Secret of Happy Ever After by Lucy Dillon

When Was It Released?:  10th November 2011
Where Did I Get It From?: From the publishers in exchange for a review. Thankyou!
Who Published It?: Hodder and Stoughton
Number Of Pages: 480 pages 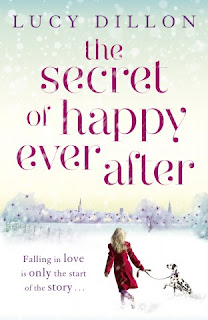 After hearing so many great things about Lucy Dillon's novel Lost Dogs and Lonely Hearts, as soon as I was presented with the opportunity to review her latest novel The Secret Of Happily Ever After, I jumped at the chance. I have no idea why I have not previously read any of Lucy Dillon's books, however this is all set to chance after devouring and falling in love with The Secret of Happily Ever After.

Anna's dream since she was a little girl was to run a bookshop, and her dream has just come true. She loves being surrounded by the childhood classics she has always loved and it helps that it gets her away from her rowdy stepchildren. The neglected bookshop is brought to life and Anna and even her best friend Michelle, who does't believe in true love is swept along. But when secrets from Michelle's childhood threathen to come back to haunt her and disaster threatens Anna's home. They both begin to wonders if maybe their fairytale endings aren't exactly what they had dreamed of. 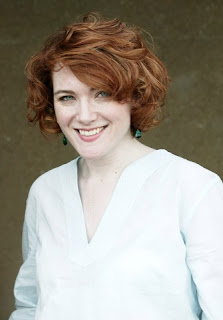 From the first page I was captivated by the setting of the picturesque, quaint, village of Longhampton. Lucy Dillon does such a fantastic job, describing the setting that I found myself instantly wanting to pack up and move to a cottage in Longhampton with at least one or two dogs in tow. I loved the community spirit that all the inhabitants of Longhampton seemed to have, pulling together and helping each other out in difficult situations, something which would only ever happen in a village in the countryside. I especially enjoyed that Anna and Michelle work in a bookstore, and Anna's love for books was ever present throughout the novel. Very rarely in books are the main characters even seen to be reading, let alone to have the passion for them that Anna has.

Having the story told from two different viewpoints, both Anna and Michelle's, really added extra depth to the novel and meant I became extremely invested in both of their lives. Many times in novels I find myself routing for the lead characters, however it is rare for me to become as invested in a characters wellbeing as I did with Michelle and especially Anna. At times I even wanted to step into the pages and give Anna a great big hug. She is such a kind, caring character, who is always putting others, in particular her husband and step children above herself. Her only real joy came in the form of the bookstore and her dog, Pongo. The addition of dogs within the story, really added to the country lifestyle and by the end of the book I found myself wanting to have a dog of my own. Michelle, also had her hard moments, and while she may appear tough on the outset, once her layers were removed and really started to care for her too.  The only character I did not like was Phil, Anna's husband. I found that he was selfish and did not care at all about Anna's feelings or needs.

The Secret Of Happy Ever After, was one of my favourite reads of 2011. The story was beautifully told, the characters ones I found difficult to forget long after I finished reading, and my emotions swept away with the pages. Many times I found myself almost on the verge of tears, which is very rare when reading a book, and then the next second laughing out loud. This is the perfect book to read on a cold winter night. I have already recommeneded this book to all my friends and family and would definatly recommend it to you too.

Email ThisBlogThis!Share to TwitterShare to FacebookShare to Pinterest
Labels: lucy dillon, review, the secret of happily ever after